In the early days of OhmniLabs, we chose Autodesk Fusion360 as our design platform of choice for its powerful design tools, collaboration features, and low cost. Today, we learned that Autodesk featured us as a customer success story on their Fusion360 blog.

As mentioned in the article, AutoDesk Fusion360 is an immensely powerful platform that we use daily as our main design tool. From concepts to simulation, BOM management to manufacturing, we have incorporated the Ohmni production workflow into this great and easily accessible platform. 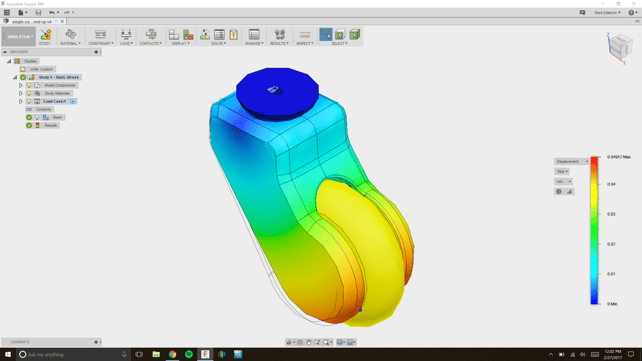 Autodesk really listens to their users and have built Fusion360 from those feedbacks. We want to applaud Autodesk for building such a comprehensive platform and also thank them for their continuous support for designers, makers and hardware entrepreneurs around the world.

Imagine that your family is gathering at Grandma’s house for a meal, but you live thousands of miles away. You want to hang out in the kitchen with them on a video call, but you’ll be at the mercy of a tablet propped up at an angle that shows more of the ceiling than the people in the room, or else someone’s handheld phone that keeps jumping around as they talk.

Bay Area startup Ohmnilabs aims to solve these shortcomings with its new Ohmni robots, which bring hands-free interactivity to telepresence in the home.

Co-founder and CTO Jared Go got the idea for Ohmni from his many calls to his family back in Boston. He wanted to video chat with his parents and younger siblings, but kept running into the weaknesses of tools like Skype and FaceTime. His fellow co-founders had similar issues: CEO Thuc Vu has family in Vietnam, and Tingxi Tan’s family lives in Singapore.

Go says that using video chat on a laptop, tablet, or phone seems like the natural way to do it—until you start to think about how much better it could be. Corporate vendors have solved some of these problems with high-end telepresence systems, but those are designed for boardrooms, not Grandma’s kitchen. The team is addressing this problem head on, by creating a solution that is much more simple, affordable and personalizable to fit in one’s home.

As Tan puts it, the Internet solved the communication problem; “The next step is how we solve the presence problem.”

Read the full story on the Fusion360 blog. Check out the video feature here.